Bridge Drama was founded in February 1998

by a group of Castlebridge locals, who by their own admission, hadn’t much clue what they were doing at the time! All had been involved in the disbanded Castlebridge Variety Group.

This was a small group of volunteers who worked with the youth of Castlebridge during the summer months to produce a variety show over 2 nights at the end of August.

To accommodate the scene changes the adults performed short comedy sketches which, over the years became increasingly popular with the audiences.

The reaction these skits provoked was the inspiration that led to the formation of Bridge Drama. The sole purpose of the group at the time was to produce a 3 Act Comedy.


Before the foundation of Bridge Drama, some of it’s members had auditioned unsuccessfully for other groups so with this in mind, the committee’s first objective was to aim to introduce at least one new face to the Bridge Drama stage every year.

Of course, Bridge Drama was first known as Bridge Drama Society until a few new recruits felt the group should drop ‘Society’ as it sounded pretentious! Now, even that name has been shortened as we are now known to many, simply as ‘Bridge.’

The search was on to find a director that would take on the arduous task of directing a group whose drama knowledge barely exceeded ‘don’t turn your back on the audience’ and ‘speak clearly and distinctly.’ That director was Jacqui Whelan who at the time, was a member of Cornmarket Productions. She not only agreed to direct us but she had a play she thought would suit us. It was a done deal! Work on ‘There Goes The Bride,’ by Ray Cooney and John Chapman began. Auditions were upstairs in the Porter House, (our spiritual home), where the 4 men who turned up for the auditions got the 4 male parts and the female roles were easily cast.

Things were falling into place except for one thing.... we had a budget of nil. So, a number of fund raising events ensued... novelty Race Nights in the Porter House, fun activity stalls at Castlebridge Horticultural Shows, a contingent of female members (and a couple of male) participating in the Dublin Women’s Mini Marathons were just some of the fund raising events organised. In fact, it took some years for Bridge Drama’s productions to pay for themselves, to this day we rely on our nightly raffle to help balance our books! Liam Clancy’s fund raising suggestion of ‘pushing a giant sausage’ from New Ross to Castlebridge never materialised but is often threatened by our Treasurer, especially when the group over spends! When Flanagan’s of Castlebridge came on board as our main sponsor, the pressure to fund raise was minimised. They remained our sponsor for many years and we will always be grateful to them. The Porter House is our current main sponsor and we wouldn’t be here without them. We would, most likely, be traipsing the roads of Wexford pushing giant sausages!

Jacqui went on to direct the group’s second production, ‘Out of Order,’ by Ray Cooney, a wonderful. side-splitting farce that unfortunately, a disappointing amount of people saw. Our audience, while loyal, were small in number and had not yet been established. However, at the time, we were utterly grateful to our small audiences of perhaps 60+ each night for their support and we were having a ball, socialising together regularly, enjoying each other’s company (and the regular singsongs) with a drive to learn as much as we could with every production.

Introduction to the Drama Circuit

Tom O’Donoghue directed us for the next two years in ‘Rumors,’ by Neil Simon and ‘Breeze Block Park’ by Willy Russell. Tom also introduced us to ‘the Circuit.’ The Amateur Drama Circuit of Ireland was a complete revelation to us - we embraced and relished it. One of our first festivals was Wexford Drama Festival in 2002 where we won our first acting awards! We were so stunned we may as well have won the Oscars! In those early years while we were passionate about all things theatrical, we were novices in the world of drama. The circuit and the adjudicators taught us so much and we recognise that it continues to help us learn, improve and deliver the best possible productions within our capabilities. It also gives us the opportunity to learn from all the other drama groups around the county and nation wide, as they continually reset the bar as we strive to keep up with them!

A promising young director called Paul Walsh directed our fifth production, ‘The Cripple Of Irishmaan,’ by Martin McDonagh. Paul lead us to our first All-Ireland Drama Final in the Confined section held in Warrenpoint, Co Down. Also in 2004 we secured a grant which allowed us to purchase our own lighting desk, lights, sound desk and a set of lighting bars to erect in our rehearsal space in Castlebridge Hall. This eliminated the need to hire this equipment each year and took a major expense out of our annual budget.

2005 was a turning point in our group’s history as Pat Whelan took over as director of the circuit play. Our first homegrown director who began his drama journey as ‘Bill’ in our first production. He brought the group to it’s second All Ireland Final in the Siamsa Tiré in Co. Kerry with ‘Lovers at Versailles,’ by Bernard Farrell. We have wonderful memories of performing in this fantastic venue and of the lively session we had in the festival club afterwards. From this point onwards the group decided that where possible, we would endeavour to develop directors from within our membership. With that in mind, Susan Somers directed her first 3 Act play with ‘Dancing at Lughnasa,’ in the Wexford Arts Centre that same year. It was an exciting time in our group’s history. We began to organise regular Drama Workshops in conjunction with the Drama League of Ireland every September in Castlebridge Community Centre to help develop the skills of our actors and directors. Pat continued to direct the group over the next 3 years, spear-heading the group to 2 more All Irelands. In the 2006 All Ireland in ClareGalway we achieved our first All Ireland Best Acting Award for Mairéad Ryan who played ‘Catherine’ in ‘The Memory Of Water,’ by Shelagh Stephenson.

In 2007 we produced another two 3 Act Plays within the year with Fionn Stafford taking the helm with ‘The Poker Session,’ by Hugh Leonard.

2009 was one of the group’s highlights

With a conscious effort of recruiting more members we produced ‘A Night of Comedy,’ a selection of short plays which toured local pubs and hotels during the Wexford Festival Opera. We chose ‘Same Old Moon,’ by Geraldine Aron as our circuit play with Susan Somers as the director. With a large cast of 15 and a hefty backstage crew, we were quite the convoy as we set off on circuit.

Following our Confined All-Ireland victory, we qualified to compete in the Open section. Pat Whelan and Susan Somers alternated the role of director for the next few years. Then in 2013 Pat lead the group to it’s first RTÉ All Ireland Open Finals in Athlone with our revisited production of ‘Out of Order,’ by Ray Cooney.

Susan lead the group to it’s 5th All Ireland final and to it’s first All Ireland Championship title in the Confined Section. It also won Best Director for Susan, Best Actress for Mairéad Ryan and Best Lighting for Pat Whelan. We partied for a year and enjoyed every second of this success. It was also our first year performing in the newly opened Wexford Opera House now known as the National Opera House, and we proudly hold the title of the first amateur group to perform there.

This time round it was seen by most of county Wexford as it proved to be one of our most popular productions to date. Pat won his first RTÉ All Ireland Best Director title and we celebrated accordingly! 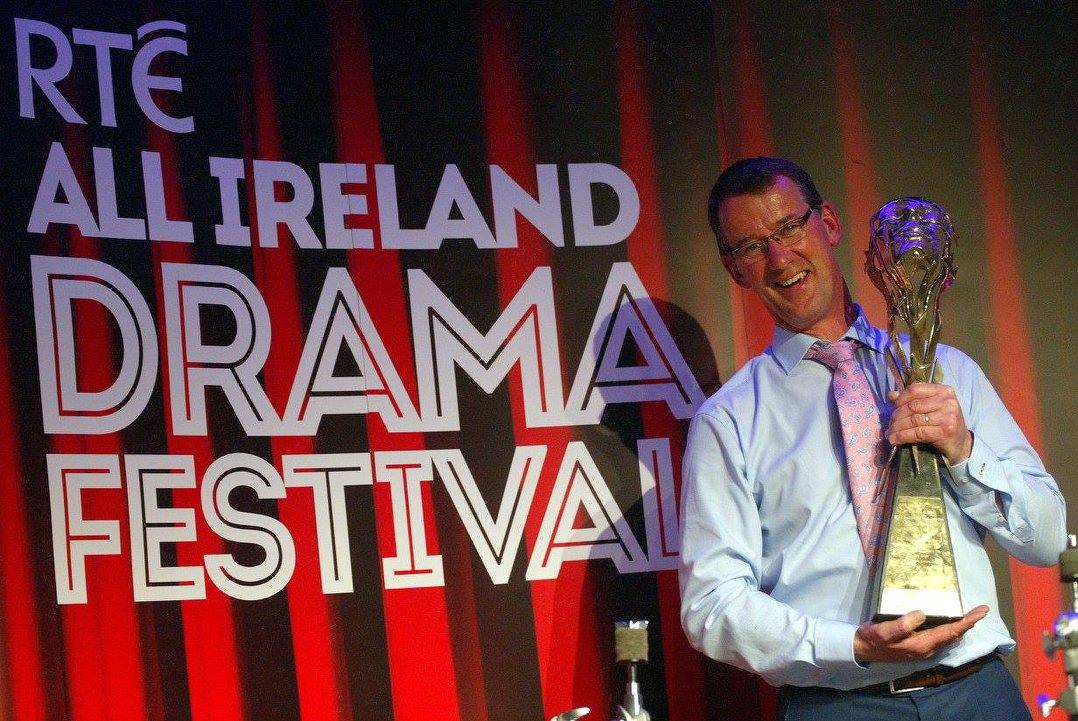 In 2013/14 we suffered the devastating loss of two long time members of the group, Trish Tyrell and Claire Timmons. Trish’s most celebrated role was ‘Cookie,’ in ‘Rumors,’ an absent minded yet kind hearted character that Trish often mirrored in real life. In fact, she was affectionately known as ‘Cookie’ from then on. Claire was talented and artistic and designed the group’s current logo. Her most memorable performance was probably ‘Maggie’ in ‘Dancing at Lughnasa.’ Both are sadly missed and are always in our hearts, particularly on opening nights.

In 2014/15 Susan Somers directed the circuit productions and Trish Doyle joined the ranks of 3 Act director for ‘The Cripple of Inishmaan’ in Wexford Arts Centre as part of the Wexford Festival Opera Fringe Events 2015.

2016 was another milestone in Bridge’s history. Trish continued to direct in Wexford’s Art Centre with ‘Juno and the Paycock,’ by Sean O’Casey while Pat Whelan directed the circuit play ‘Lost In Yonkers,’ by Neil Simon. This play won Bridge Drama the RTÉ All Ireland Championship title for Best Play, Pat won his second Best Director title and Best Set. A Civic Reception was held at the Heritage Park in honour of the group and as part of our home-coming celebrations we performed the play in the O’Reilly Theatre in the National Opera House to a full house. An experience our group will never forget.

In 2018 we returned to Athlone with Trish Doyle at the helm directing us in the hilarious farce, 'Cash On Delivery,'  The group achieved 3rd place overall with Brian Sheridan winning the DLI Scholarship for his portrayal of Eric and Yvonne Murphy winning Best Stage Manager.

Pat Whelan returned to direct the 3 Act circuit play in 2019 leading us to our 4th All Ireland Final and achieving a wonderful 2nd place with ‘Brighton Beach Memoirs.’ Cillian Tobin won the DLI Scholarship for his role as Stanley

The group’s success continued in Oct 2019 as Brigid Scully stepped into the role of 3 Act Director and brought ‘The Will Be Done,’ by Michael Carey to the Wexford Arts Centre stage. It was a complete hit with the audiences and additional nights were added to meet the demand.

In 2020, Trish Doyle returned to direct the group on the circuit with ‘Men Should Weep,’ by Ena Lamont Stewart. However, the global pandemic thwarted everything and the drama circuit 2020 came to a sudden halt just as we were about to take to the stage in the Wexford Drama Festival on March 12th.

During the course of the pandemic, the group kept in touch through regular zoom reading nights and once restrictions eased in the summer of 2021 the group collaborated with Raven Castle Media to produce a short film called 'Dictum,' written and directed by Karolina Kraus and Luke Mckenna.

In 2022 the group made their long awaited live theatre come-back with 'God of Carnage,' by Yasmina Reza, directed by Trish Doyle.  It proved to be an audience favourite and Bridge were back where they belonged. 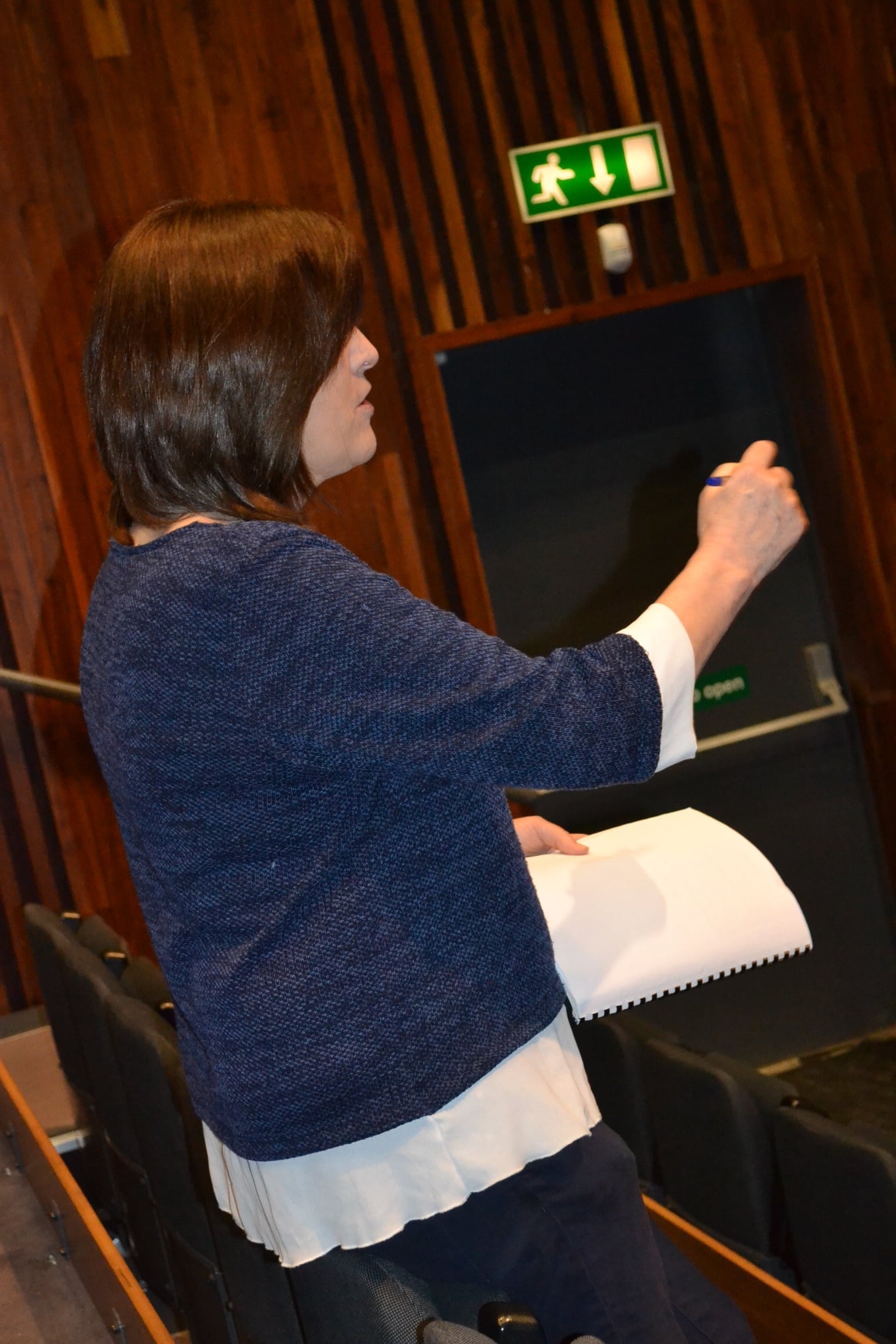 If you are interested in becoming a member of Bridge Drama, want to know more about workshops